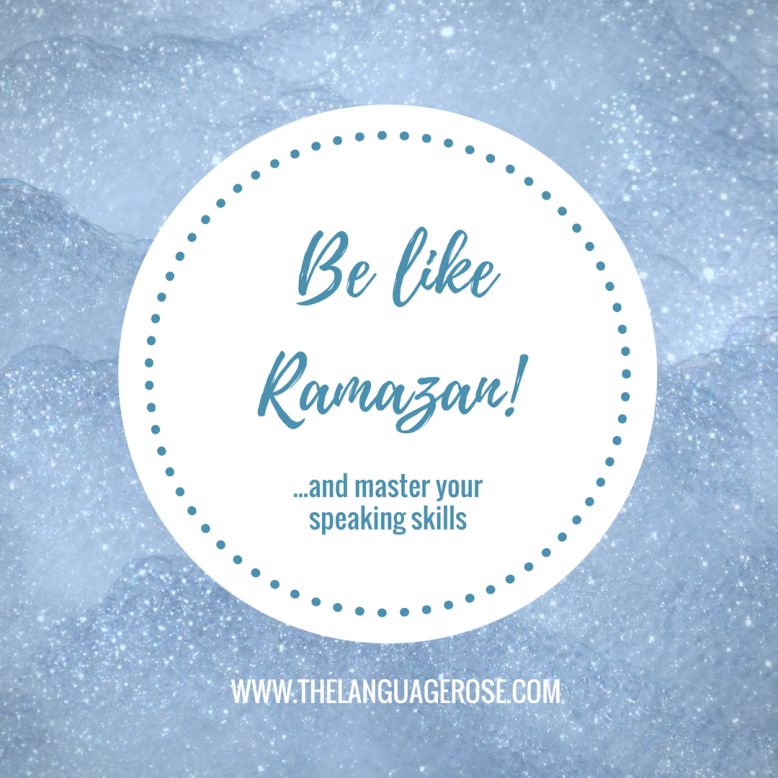 “Language is a performing art that requires practice, nuance, and personality to convey an idea. Those who master communication master their world.”
Michael Schutzler, CEO of Livemocha

I love doing my English conversation classes! Students are very keen and sociable and, despite having a very basic level of English, it’s amazing how they manage to get their point across in a way or another.

There is one student who always stands out among them all. He’s an 18 years old boy from Turkey, called Ramazan. Ramazan doesn’t stand out because of his variety of vocabulary. And he doesn’t even stand out for the accuracy of his grammar. Ramazan stands out because of his grit. He tries hard to communicate, regardless of the fact that he may or may not know a particular word.

Ramazan tries it out, speaks up,  gets it wrong, brushes it off, laughs with us and keeps going. He stands up, draws something on the board and asks “what’s the name of this, Ermy ?”, “Is it correct?”. He is always ready to learn more. Finally, he encourages the others to join in and speak out too. Because he intrinsically knows that someone can become fluent in a language only by speaking it. Period.

Ramazan is an example of how someone can communicate in a foreign language regardless of their level. He is the evidence that knowing a specific word is not essential to communicate effectively. It is always possible to find a way to get your point across (creatively!).

You may learn the whole Oxford dictionary, but if you aren’t brave enough to speak out, you’ll never do much with those words.

You may know all the grammar rules in this world, but if you don’t practise your speaking because you’re afraid of making mistakes, you’ll never become fluent.

You may wait until you know how to pronounce a sentence perfectly before saying it out loud in front of a native speaker, but how do you know if you’re saying it right, if you don’t try it?

Be brave. Speak up.

Get things wrong and brush it off.

Don’t beat yourself up. Laugh it off.

Make mistakes and learn from them.

Don’t wait until you’re ready, because, the truth is, you’ll be ready only once you’ve started!

Don’t hold back. Have fun speaking.

P.S. I’m curious! If you feel that something is blocking you from speaking the language you are learning, what do you think it is? Tell me in the comments below, maybe I can help!

Follow The Language Rose with Ermy Pedata on WordPress.com